A recent national poll released by the First Five Years Fund (July 17, 2014) finds that 71% of American voters support greater federal investments in early childhood education. The poll reveals that over two-thirds of voters want Congress and the Obama Administration to make early childhood education a top legislative priority, with the issue ranking as the second highest priority of voters. As our nation heads into an election cycle, it’s critical that we assess candidates’ investment in early learning and press for needed changes.  The people are speaking – are our lawmakers listening? 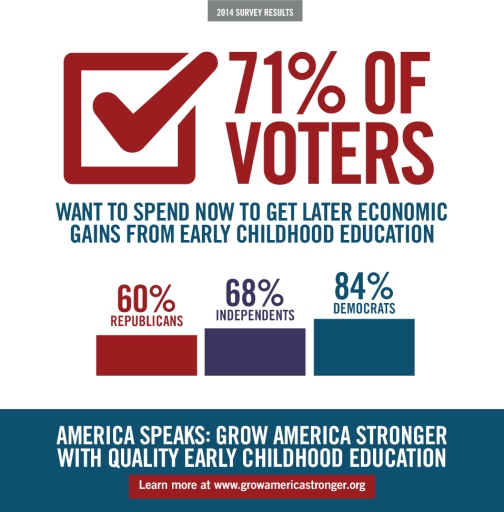 The poll was commissioned by the First Five Years Fund in conjunction with the bipartisan polling team of Public Opinion Strategies and Hart Research Associates.